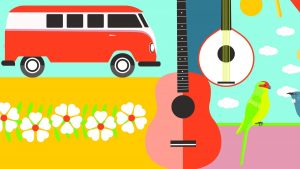 Let’s celebrate folk music together at one of the great events coming up in the following months! Here is the list of the best folk music events going on in Sheffield in the next few months.

If you are in the mood for some mystical and other-worldly experiences, Avital and Richard bring you raunchy tales of medieval sagas, odes to magic crows and more in their folk-infused acoustic drama that will take you away for an evening of strange and weird adventures.

Cash: A Tribute to the Man in Black

A tribute to one of the best folk musicians of all time: Johnny Cash! We sure hope that The Gambler is on the playlist. It has one of the coolest betting advice ever, as an old gambler shares his experience with Johnny on how to win some cash. “You got to know when to hold ’em, know when to fold ’em”, says he in his rough whiskey voice. We add, read this Ladbrokes bonus description, and you’ll find another ace that you can keep.

Jess and Richard Arrowsmith are a creative duo with a long-standing reputation in the traditional English music scene. They bring you powerful vocals, playful tunes of fiddle and melodeon and music that will have you laughing, sobbing, tapping your feet and singing along. Nomination for “Best Group” at the 2014 BBC Folk Awards, Jess & Richard worked with James Fagan & Nancy Kerr, Hekety, Glorystrokes, Crucible and Pecsaetan.

This highly entertaining concert for adults and their babies is organized in partnership with Soundpost, an artist-led organisation from Sheffield that coordinates a range of performances, debates and other events exploring folk traditions.

Mambo Jambo is a male/female acoustic duo with a truly unique and cheerful sound and apparently unending variety of folk, world, roots and jazz styles up their sleeves! Experts on a dozen or more instruments, including guitars, banjo, sax, flute, clarinet, accordion, Brazilian ukulele, Cuban tres, and all kinds of percussion (suitcase and spoons too!), Pete and Frankie have won the hearts of audience with their friendly stage presence at festivals and shows all over the country. This concert is a great way to spend a joyful musical evening with your kids!

Tom and Bunny Save the World

From the creators of the award-winning Buzz: A New Musical, comes this bold and refreshing piece of theatre shortlisted for the 2017 Les Enfants Terribles Award. Tom and Bunny Save the World is a black and bloody musical comedy with lively folk soundtrack, quick-witted dialogue and queer characters, that shatters gender stereotypes in a story about zombie apocalypse in 2018 Britain. Join Tom and Bunny on their hazardous journey to Yorkshire in quest of cure and a proper cup of tea.