The James Madison Carpenter Collection Online Catalogue
A searchable online catalogue of the James Madison Carpenter Collection, held at the Archive of Folk Culture, American Folklife Center, Library of Congress. British and American folklore and folklife: principally traditional song and drama, but also folk narrative, customs, games, instrumental music, dance and dialect. The materials themselves are not available at this time, but it is hoped that funding will be forthcoming to digitise them for public access.
Link: Carpenter Collection Online Catalogue
The Humanities Research Institute Online Press, University of Sheffield: http://www.hrionline.ac.uk/

The Dicey & Marshall Catalogue
“A catalogue of maps, prints, copy-books, drawing-books, histories, old ballads, patters, collections, etc. Printed and sold by Cluer Dicey, and Richard Marshall, at the Printing-Office, in Aldermary Church-Yard, London.” A trade catalogue issued in 1764, including sections on ballads, songbooks and Christmas carols. The titles are linked to bibliographical references. Mixed facsimile: html and images.
Link: The Dicey & Marshall Catalogue
The University of Birmingham: http://www.bham.ac.uk/

Early American Secular Music and Its European Sources, 1589-1839: An Index
A series of indexes derived from a database of musical information compiled from primary sources covering the 250 years of the initial exploration and settlement of the United States. It consists of over 75,000 entries that are sorted by text (titles, first lines, recitatives, chorus and burden), by music incipits (represented in scale degrees, stressed notes and interval sequences), with additional indexes of names and theatre works. The data can be fully searched, not only for initial strings, but also for internal words and melody sections.
The indexes are an expansion of two originally published on microfiche: Kate Van Winkle Keller and Carolyn Rabson, National Tune Index:18th-C. Secular Music (New York: University Music Editions, 1980) and Raoul F Camus, National Tune Index: Early American Wind and Ceremonial Music: 1636-1836 (New York: University Music Editions, 1989).
Of considerable value in the investigation of tunes for both traditional song and dance. The American emphasis is not a significant drawback given the enormous cultural overlaps during the period.
Link: Early American Secular Music and Its European Sources, 1589-1839: An Index
The Colonial Music Institute: http://www.colonialmusic.org/ 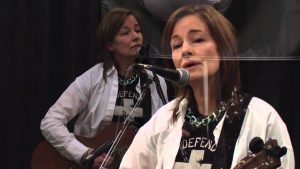 David Atkinson. London: EFDSS 1999 (2nd Edition).
An introduction to the study of English folk song, and a guide to the numerous collections of songs which exist in print and manuscript. It is intended to be of assistance both to students of the subject, and to those who wish to sing the songs. The annotations offer a brief guide to the nature of each item. Formatted as html.
Links: English Folk Song: an introductory bibliography
Links: Addendum (2001)

Fife Folklore Archives
Part of USU’s Special Collections and Archives, where the historical American Folklore Society Manuscript Collection is housed. Established in 1972, the Fife Folklore Archives is named for folklorists Austin E and Alta S Fife, Utahns who helped shape the field of folklore and worked to preserve the folk expressions of the American West. Includes searchable indexes of some of the collections, which include folk song materials. The materials themselves are not available online.
Link: Fife Folklore Archives
Utah State University Libraries: http://library.usu.edu/

The Helen Hartness Flanders Ballad Collection
The Flanders Collection consists of field recordings on cylinder, disc and tape of traditional song and dance music recorded in all the New England States between 1930 and 1966, together with photographs, manuscripts, letters, broadsides, books and journals. This site provides searchable indexes to the collections, and a few samples of images.
Link: Helen Hartness Flanders Ballad Collection
Middlebury College Libraries, Vermont: http://www.middlebury.edu/academics/lis/lib/

Update: now re-designed, parts of this site may no longer display correctly in older browsers.

Dave Herron’s Chapbook
A guide to folk song books in print, with some of the most important out-of-print books aso listed. Useful, but a little out-of-date at present. Pdf format.
Link: Dave Herron’s Chapbook
The Traditional Song Forum: http://www.tradsong.org/
There is also a partly updated version here, which contains material not in the above but lacks some of Dave’s later additions:
SRFN Newsletter: Dave Herron’s Chapbook
Index of Poetry in Printed Miscellanies
Adam Smyth, University of Reading.
The site comprises tables of the poetry in first editions of printed miscellanies published in England between 1640 and 1682. They catalogue the 4,639 poems in the 41 texts, and arrange the information across seven fields: first line, last line, text, date, title and pages, number of lines, and (where known) author. To help browsing, the tables may be ordered by first line, last line, or author. There is also a more advanced version of the site which allows searching across the databases.
Although designed for specialists in another field, the index contains a good deal of valuable information relevant to folk song studies.

A Reference List on Canadian Folk Music
Edith Fowke. Canadian Journal for Traditional Music, Volume 6, 1978.
A revised and updated version of the reference list that appeared in the first issue of the Journal in 1973. Lists books of traditional songs and records by traditional singers, with some representative articles on various aspects of Canadian folk music and some folk-song records by non-traditional singers.
Link: Reference List on Canadian Folk Music
See also: Paul Mercer, A Supplementary Bibliography on Newfoundland Music, in Journal Volume 2, 1974. 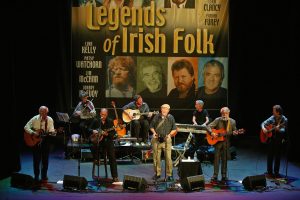 Compiled by the late Bruce Olson. A densely organised and scholarly series of indexes of early broadside ballads, ballad operas and their tunes. Includes tunes in abc format for 16th and 17th century broadsides (largely drawn from Claude M Simpson’s book The British Broadside Ballad and Its Music), systems for tune comparison, song texts and examinations of the early history of various pieces.
The site is archived at
Folklore Department of California State University: http://www.csufresno.edu/folklore/Olson/
and at
Mudcat Café: http://www.mudcat.org/olson/viewpage.cfm

The Roud Broadside Index
The Index includes references to songs which appeared on broadsides, chapbooks, songsters, and other cheap print publications, up to about 1920. In addition, there are many entries for music hall songs, pre second world war radio performers’ song folios, sheet music, and so on. Formerly available by subscription, it can now be referred to online at the website of the Vaughan Williams Memorial Library.

The Index is searchable by numerous criteria including title, first line, publisher, collection and so on, and results in the online version can be returned in list or individual record form.

Though very useful in itself, it is best used in conjunction with other broadside and folk song indexes.
Introduction to the Index
Search the Index

The Roud Folk Song Index
The Roud Folk Song Index is a database of more than 160,000 references to songs that have been collected from oral tradition in the English language from all over the world. Formerly available by subscription, it can now be referred to online at the website of the Vaughan Williams Memorial Library.

The Index is searchable by numerous criteria including title, first line, performer, collector and so on, and results in the online version can be returned in list or individual record form.
The single most important finding aid for traditional song in the English language ever produced, the Index also incorporates another innovation, the ‘Roud Number’, which has rapidly become a standard means of classification along with those of Child and Laws. By this means, songs are grouped with their relatives and the confusion that inevitably results when song titles (which can vary enormously) are relied upon as a means of identification can be avoided. Regularly updated and indispensable to all researchers from the beginner to the expert.

Introduction to the Index
Search the Index

Traditional Ballad Index of Folk Songs from the English-Speaking World
An annotated, searchable bibliography. The Index is a collaborative effort designed to help people find reference information on folk ballads. The database includes a brief description of each song listed, with some bibliographical and historical background, alternate titles and cross-references. Most songs also have a list of keywords to assist in searching. This is an ongoing project, and at present concentrates mainly on American material, though coverage is growing more wide. Very useful, particularly when used in conjunction with other indexes such as Roud. Note: the “earliest date” entries usually refer to publication dates of books so far indexed rather than to dates of publication or notation of the songs concerned.

The University of Tennessee Song Index

The Vaughan Williams Memorial Library
The Vaughan Williams Memorial Library is the library and archive of the English Folk Dance  and Song Society, and is one of the most important traditional music resources in the world. The website currently hosts a number of the library’s indexes to manuscript collections, together with the Roud Folk Song Index and a selection of Cecil Sharp’s photographs of traditional singers. More material will be added as time allows.
Link: http://library.efdss.org/
English Folk Dance and Song Society: http://www.efdss.org/