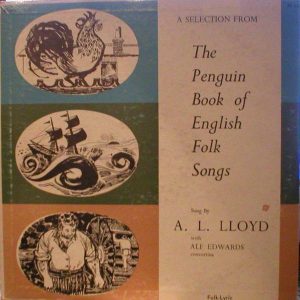 A set of web pages providing additions, corrections and supplementary material for the revised and expanded edition of the famous Penguin Book of English Folk Songs, compiled by R Vaughan Williams and A L Lloyd and first published in 1959. The new edition was published by the English Folk Dance and Song Society in 2003, and the first impression is now sold out. A second impression, incorporating some of the corrigenda and addenda given here, is available from http://folkshop.efdss.org/.
Link: Classic English Folk Songs: supplementary material
Link: about the book
Link: EFDSS: online shop

The Collector
A series of interesting articles by Frank Kidson on folk song and related subjects, originally published in The Choir magazine between 1912 and 1925. Introduction by Vic Gammon, Foreword by John Francmanis.
Link: Frank Kidson’s ‘Collector’ articles in ‘The Choir’
Link: Traditional Song Forum

Marrow Bones: English Folk Songs From the Hammond and Gardiner Manuscripts
A set of web pages providing additions, corrections and supplementary material for the revised and expanded edition of the influential song book compiled by Frank Purslow and first published in 1965. The new edition was published by the English Folk Dance and Song Society in 2007, and is available from http://folkshop.efdss.org/.
Link: Marrow Bones: supplementary material
Link: EFDSS: online shop

Musical Traditions
Originally a print magazine, this is now a large and expanding online resource. It includes an extensive discography of traditional music; indexes and notes for Topic Records’ epic Voice of the People series; news archives, and articles on traditional music and song ranging from short pieces to entire books (too numerous to list here). Also the home of MT Records, an important series of recordings of traditional singers.
Link: Musical Traditions
Link: Articles
Link: MT Records 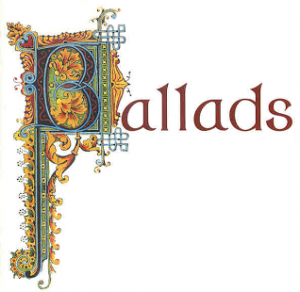 The Traditional Song Forum
The TSF is a national organisation based in the UK that brings together those interested in research, collecting and performance of Traditional Song. The aim is to be inclusive of all the traditions found in the British Isles, although the majority of Forum members are interested in the songs originating in these islands. Beside material relating to meetings of the Forum, the site contains articles by members and some useful research guides, including
Dave Herron’s Chapbook
Steve Roud’s Research Aids
Song Resources on the Web
Link: Traditional Song Forum